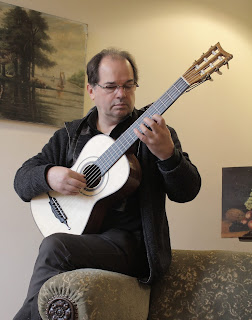 style. The Sicilian Panormo family was known for their excellent copies of Stradivarius violins

and wonderful guitars. Luis Panormo’s shop was based in London.

His fascination for instrumental virtuosity, dynamism and emotion made for the development of

his personal technique. Creativeness stems from the discovery of richness of sound, a sound

quality in which new frontiers are being explored.


The earliest six single string guitar was created the end of the 18th century.

producing six, single-stringed guitars around the same time, and some years later Spain

began as well. Strings where made from gut and the bases from silver wounded silk with a

much lower tension than for guitars today. 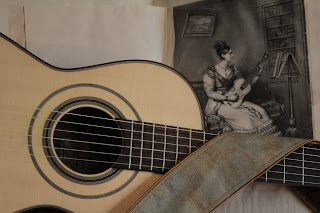 The guitar gradually had more pronounced curves and a larger body, decorative rose

covering. The sound hole was also removed to allow for more volume. Frets of the instrument

were changed from tied gut to fixed strips (first ebony or ivory, then metal). And the wooden

pegs were later on replaced by metal tuning machines.

the player’s neck, players were divided as whether or not to use fingernails. Also the use of


The modern guitar is bass-dominant, at the expense of balance. The early 19th century guitar

was very well balanced, a smaller instrument with a mellow tone. 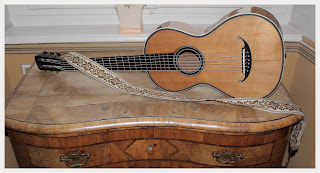 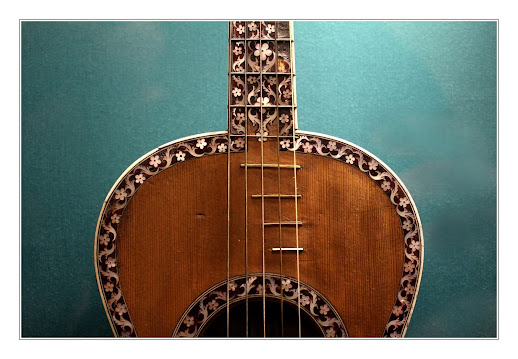 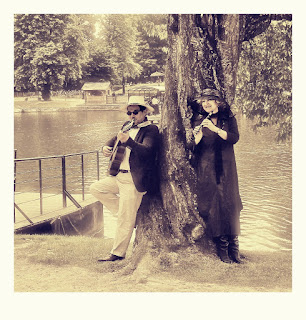 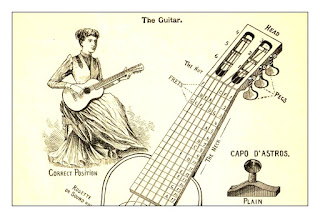